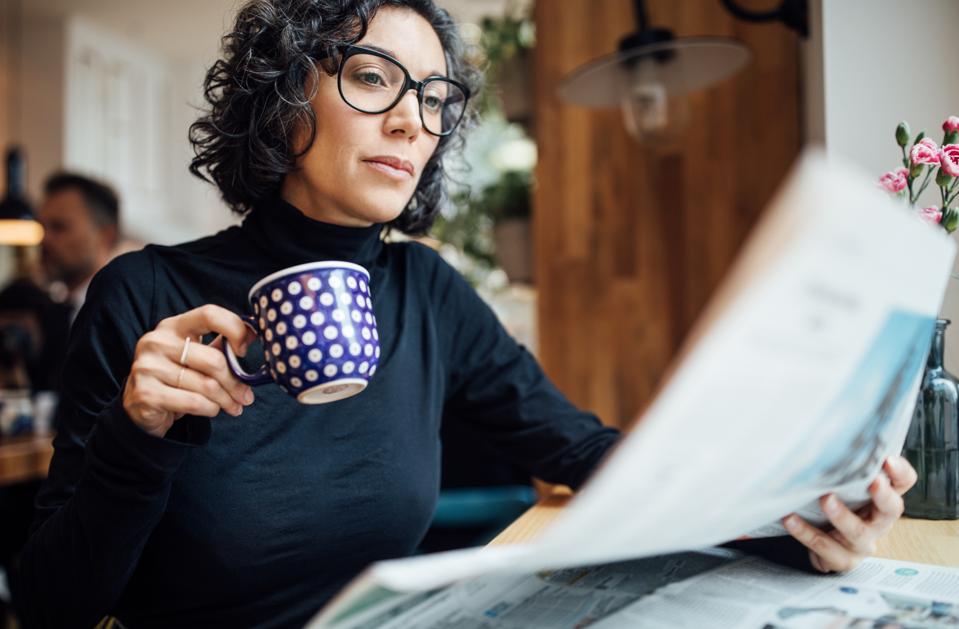 While We’re Consuming More News Due To The COVID-19 Crisis, News Organizations Are Laying Off Staff

Religiously watching cable news shows at night and reading the New York Times in the morning, you’d think that the media industry is doing just fine. It would be reasonable to believe that news organizations are minting money in advertising sales, as we’re all glued to our favorite media sites to follow the latest COVID-19 updates and who President Trump is fighting with today.

It turns out COVID-19—the biggest story in a generation—brought viewers and readers to newspapers, magazines, online outlets, radio and television shows, but the advertising revenue didn’t follow. A large source of revenue traditionally comes from advertising sporting events, music concerts, hotels, restaurants, airlines, resorts, cruise lines, retail stores and big retailing chains. For many companies, it's not cost-effective to spend money on advertising while their businesses are shut down or significantly negatively impacted by government-mandated shutdowns.

With the rapid and sharp decline in revenue and plummeting profits, the news industry has been confronted with a challenge: to stay solvent, cost-cutting measures must take effect. One of the biggest expenses are salaries. Unfortunately, that means massive firings of personnel.

According to the Washington Post, there has been a “tsunami of layoffs, cutbacks, furloughs and closures.” “News Media Outlets Have Been Ravaged by the Pandemic” read a headline from the New York Times. NYT reports, “Roughly 28,000 workers at news companies in the U.S. have been laid off, been furloughed or had their pay reduced. Some publications that rely on ads have shut down.”

Both large, well-known and small, niche local papers, along with other media outlets, have aggressively cut staff and many have closed. It's estimated that roughly 60% to 80% of revenue is derived from advertisements. Media outlets have been dealt a one-two punch. As news from many publishers are now freely available on Google and Facebook and a large portion of readers have pivoted en masse to online, newspapers have felt the economic squeeze.

Penny Abernathy, the knight chair in journalism and digital media economics at the University of North Carolina, issued a dire prediction for the future of papers and online sites, “I think there’ll be hundreds, not dozens, [that close down].” Abernathy added, “An extinction-level event will probably hit the smaller ones really hard, as well as the ones that are part of the huge chains.”

According to the Hussman School of Journalism and Media at UNC, “The United States has lost almost 1,800 papers since 2004, including more than 60 dailies and 1,700 weeklies. Roughly half of the remaining 7,112 in the country—1,283 dailies and 5,829 weeklies—are located in small and rural communities. The vast majority—around 5,500—have a circulation of less than 15,000.”

Back in February, McClatchy, the owner of 30 newspapers, filed for bankruptcy protection.

McClatchy announced last week that it will furlough 115 employees (about 4.4% of its employees), lay off executives and cut executive compensation to deal with the downturn.

Newspaper giant Gannett laid out plans to furlough employees by taking five days unpaid time off in April, May and June

Poynter, a self-described “inspirational place, but also a practical one, connecting the varied crafts of journalism to its higher mission and purpose,” offered a staggering list of dozens of newspapers, magazines, digital media, radio and television stations that have furloughed, downsized and cut workers’ hours.

To the outside observer, it now makes sense why the news industry has seemed to change. There’s been a noticeable trend of slightly deviating from simply presenting the facts to subtly taking sides, sensationalizing stories and stoking fear and conflict to reach more readers and viewers. In light of the decline in business, it's understandable that there’s pressure to build a large audience to capture the attention of advertisers.

The news industry mirrors what’s happening in a number of other sectors during this COVID-19 period. In the tech industry, Amazon, Apple and Google are stealing market share from their physical store-based competitors—many of whom may not survive the shutdown.

There will be some survivors. Bigger players, such as the New York Times, the Washington Post and the Wall Street Journal, with large subscription bases consisting of a loyal following, can deal with the decline in ad revenue. They’ll most likely pick up new readers as their competitors close or only offer limited coverage on an array of important matters.

Unfortunately, unless circumstances soon change, many might fold. Some will get smaller and others will just try to hang on to borrowed time.