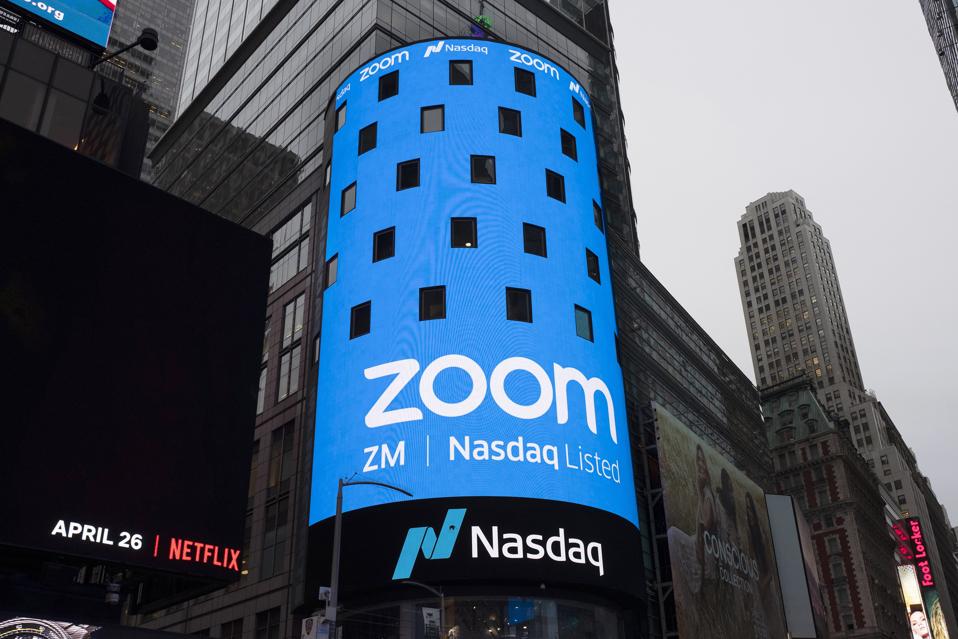 The Winners Of The Work-From-Home Boom

COVID-19 continues to leave a path of destruction. More than 115,000 have died in the United States, millions more have been infected worldwide and economies across the globe are in tatters.

Undoubtedly, the pandemic will result in changes to everyday American life. And while some of them will be subtle, others will be more profound.

Food service and dining out, for instance, will probably be a very different experience in the future, but it seems certain that bars and restaurants get back to something resembling normal again at some point.

Similarly, we may not see fans in attendance at sporting events for a while, but large gatherings like that will return. The same goes for live music. Eventually, we will get the fun back in our lives.

By contrast, changes in the workplace could be more permanent, although it’s worth pointing out that some of the hype surrounding telecommuting’s future is perhaps a bit overblown since not everyone that can work from home will do so.

Indeed, some enjoy the camaraderie of an office, while more than a few businesses rely on in-person collaboration to thrive.

Still, it’s hard to ignore the current trends. In recent months, a long list of major U.S. firms have announced that they will allow their employees to stay at home permanently, including Facebook, Twitter, Shopify and Square.

For one, it’s good news for Zoom, even as it’s become almost fashionable to question its long-term viability.

Yes, the service and security issues that plagued the platform as it began to add users at a head-snapping rate when stay-at-home orders became the norm were valid. But many of those issues have since been ironed out.

Yes, there’s no question that it’s valuation is high. But is it too high? For years, skeptics have been saying Netflix is too expensive, and all it seems to do is go up.

And, yes, it’s not the only video conferencing platform. Importantly, though, it is the best one, far easier to use than others, including Skype, which is why more people have gravitated to it.

Another factor to consider: It’s now a verb. There’s enormous power when the words “Zooming” or “set up a Zoom” are synonymous with video conferencing. Ask Google, Pay Pal or FedEx how valuable it is for a company’s brand to describe precisely what it does.

Logitech is also a big beneficiary of expanded telecommuting. In enabling their employees to work from home, businesses will have to upgrade their hardware systems to make sure that conferencing between colleagues and customers remains seamless and professional.

This means investing heavily in high-end cameras and headsets, two areas in which Logitech is an industry leader. Its valuation is a bit elevated, but it’s warranted, especially as the company recently announced an aggressive buyback program and expanded its dividend.

Slack will also continue to do well, though it too has a frothy valuation. Some contend Microsoft, which offers similar services that enable project management collaboration for groups working in different locations, will displace it eventually, but there is plenty of room for both to thrive.

When the number of people within an organization use Slack’s free offering, users start to mushroom and the service becomes embedded quickly. As a result, those companies will have almost no choice but to upgrade to paid plans that include additional shared features and extra security protections.

At that point, un-bundling it is very difficult, making Slack’s service stickier than most realize. This dynamic will allow it to hold off rivals.

The other piece to the telecommuting puzzle is Docusign. Fewer in-person meetings mean less paperwork and more digital agreements, which leads to greater efficiency and improved margins.

Even businesses that bring their workers back to the office will benefit from the company’s e-signature service, especially paper-intensive ones like real estate and medicine.

While many across the country are still not quite convinced that telecommuting will stick beyond this crisis, the efficiencies created by these technologies is undeniable. Without question, working from home has been a good fit for my firm, with many clients preferring to meet via Zoom versus in person.

Many of the above companies are expensive — perhaps overly so — but future pullbacks could present opportunities as we see these trends becoming more entrenched in the years to come.

Ross Gerber is CEO and President of Santa Monica, Calif-based Gerber Kawasaki Inc., an SEC-registered investment advisor with approximately $1.1 billion in assets under management as of 6/1/2020. Gerber Kawasaki clients, firm and employees own positions Microsoft, Zoom, Slack, Logitech and Docusign. Please seek guidance from an investment advisor before making any investment. All investments involve risk and may not be suitable for your situation.