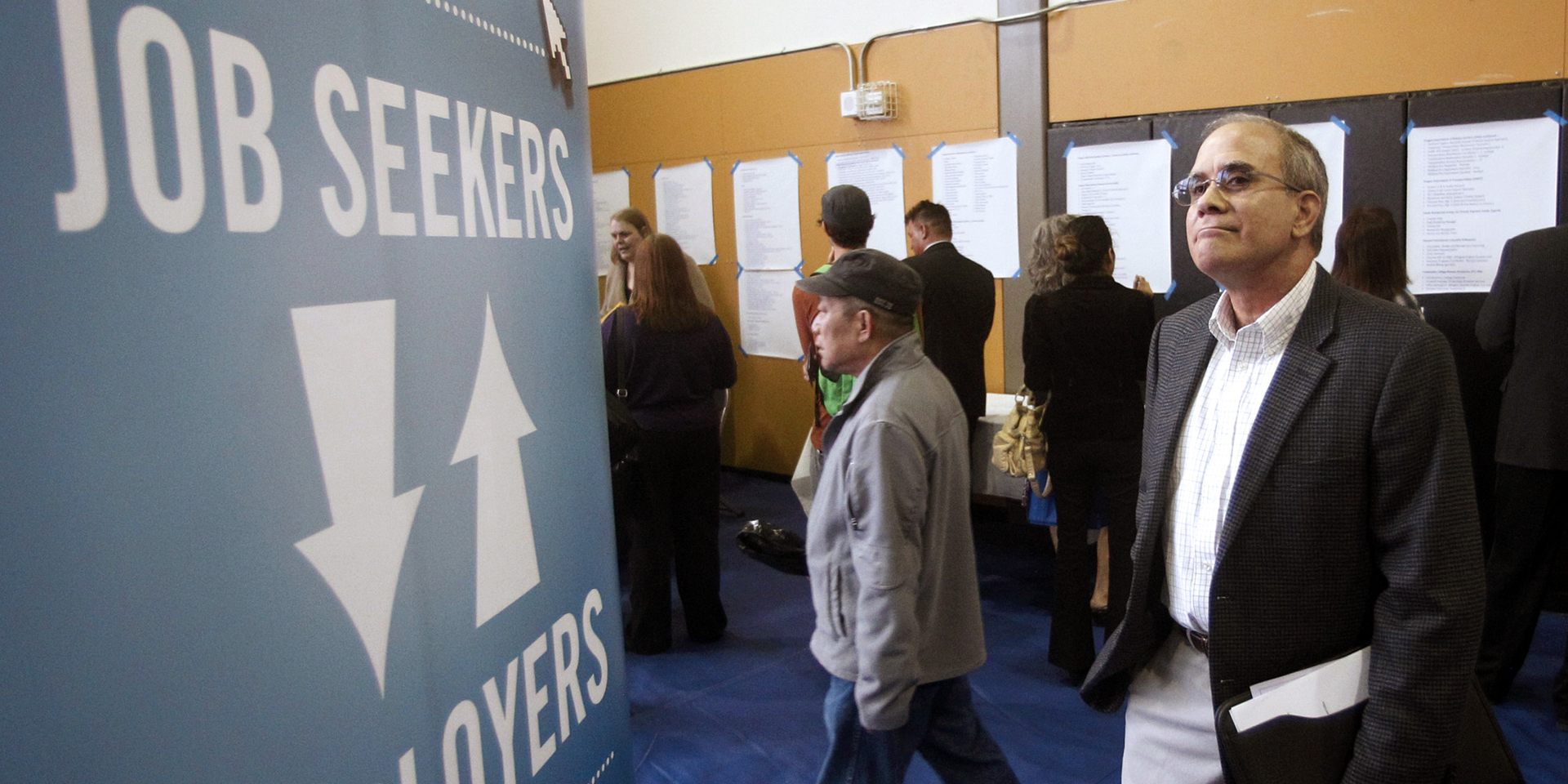 The coronavirus outbreak is causing a historic spike in US layoffs. Here's what 4 Wall Street experts are saying — and how much worse they think it can get

As the coronavirus pandemic continues to unfold around the US, data is starting to show the negative impact on the economy.

Thursday US jobless claims numbers came in much higher than expected, increasing by 70,000 to 281,000 for the week ending March 14, exceeding economist estimates for a 220,000 gain.

In just a week's time, jobless claims could explode to a record 2.25 million, the largest increase in initial jobless claims and the highest level on record, according to Goldman Sachs' analysis of state-level anecdotes. The Goldman forecast is more than three times the previous record of 695,000 in 1982.

"It's going to get a whole lot worse," Greg McBride, chief financial analyst for Bankrate, told Business Insider in an interview. This week's jobless claims were just "the tip of the iceberg," he said.

Read more: The coronavirus crash has pushed a group of quality companies to the cusp of disaster - and investors must now confront the 3 most dangerous letters in markets

Going forward, many economists will be watching jobs data for signs of the severity of the impact of the coronavirus outbreak. So far, schools, restaurants, and many other businesses have been shuttered across the US. In addition, many employees are working from home and practicing social distancing to curb the spread of the virus.

"We never imagined we'd write anything like this," Ian Shepherdson, chief economist at Pantheon Macroeconomics, said. "The shock will be so great that it will leave policymakers with no choice but to pass much more stimulus than is currently under discussion."

The White House is working with Congress to solidify the details of what could be a more than $1 trillion stimulus package to prop up the US economy amid the crisis. Still, some experts worry that the stimulus package won't be enough - in a Thursday interview with CNBC, hedge fund manager Ray Dalio said the fiscal stimulus should be in the range of $1.5 trillion to $2 trillion at a minimum, depending on the form that relief takes.

Here's what four experts had to say about the jobs data, and what could be on the horizon.

"The consensus was a bad joke but the initial hit from bar and restaurant closures was bigger still than we expected. Next week's number, however, will be an order of magnitude worse. Media reports from around the country make it clear that claims have rocketed since bars and restaurants started to close in large numbers over the weekend, in some cases by a factor of 10 or more."

"Our tentative forecast for next week is two-to-three million claims. We hope that will be the single worst week, but we can't be sure."

"This morning's jobless claims are some of the highest we've experienced in the past few years," Mike Loewengart, managing director of investment strategy at E*Trade, told Business Insider in an email. "It's likely the first of many cracks we're about to see in our economic foundation with states like California and Washington the hardest hit."

"As more states batten down the hatches, we could start to see this number change significantly in just the course of one week. More importantly, the consumer is the heartbeat of the American economy. And as they tamper discretionary spending or even shift excess income to consumer staples or emergency savings, this will likely have a butterfly effect on other sectors like retail or housing."

"With jobless claims spiking already (280k vs 220k expected) it sets a bad tone for the economy, although at this point most people are expecting a huge shock going forward, so what's more important will be policy - especially fiscal stimulus," Chris Zaccarelli, chief investment officer for Independent Advisor Alliance, told Business Insider in an email.

"It's guaranteed that Q2 will be a negative GDP number and unemployment will jump, but there is still time to put the correct policies and programs in place to try and salvage the rest of the year."

"Covid-19 will remain a crisis for months and self-quarantine is going to have a huge negative impact on consumer spending, employment and economic activity. The government needs to come together and work with the private sector in order to get us through the public health crisis and mitigate, as much as possible, the recession that we've likely already entered."

"The NBER defines a recession as a significant decline in real GDP lasting more than a few months, which is also evident in employment, industrial production and other measures," wrote Jonathan Golub, chief US equity strategist for Credit Suisse Securities, in a Thursday note.

"With GDP reported quarterly, and the Jobs Report monthly, much of the most important data is problematically lagged. While the most recent Unemployment Rate does not yet capture impacts of the virus, today's Weekly Jobless Claims (firings) does. We expect this important data series to continue to deteriorate, and believe it warrants specific attention."