In these pandemic times, people are more isolated than they've been in our lifetimes and more dependent on technology for everything from work to entertainment to food. So you'd think that L.A. company Shipsi Inc., which is dedicated to connecting businesses across 700 cities to its last-mile delivery networks of one million drivers, would be experiencing a boom.

Spoiler alert: It's not.

In fact, the roughly 40-person company founded in 2017 has laid off half its staff as a "cautionary measure" after non-essential company closures, with Shipsi's remaining 20 or so employees now taking everything from partial to full furloughs to limit the bleeding. The company has also refined its technology to help make operations more automated and cut back on customers that require significant support or resources.

"We took some pretty drastic measures initially, because no one really knows how long this is going to continue," said CEO and co-founder Chelsie Lee. "We had to make some really hard decisions."

It's been a brutal year for retail, and for the technology platforms that support them, unless your business is related to food and beverage stores. According to the most recent monthly numbers from the U.S. Census Bureau's retail trade survey, retail trade sales were down 6.2% from February 2020 and 3.8% below last year. Food and beverage stores were up 28% from March 2019, while clothing and clothing accessories stores were down nearly 51% from last year. There's little indication that their next report, in May, will be any better.

But the company has worked hard to rise up to the challenge, whether through diaper deliveries, helping farmers who no longer have restaurants to deliver their goods to, or by launching a new less expensive product Tuesday that neighborhood stores can use to help with product delivery amid it all.

Shipsi, which is backed by Halogen Ventures, had seen strong growth prior to this, with month-over-month growth anywhere from 60 to 350%, said CEO and co-founder Chelsie Lee. Lee's company works with some major brands, including longtime California surfboard and surfwear brand, O'Neill, the retail chain Party City, and had started a pilot program with Brooks Brothers before the pandemic hit home. It's unclear what will happen with any of these arrangements once the dust settles.

Founders are "proving in this moment whether they'll make it or they won't" said Jesse Draper, founding partner of Halogen Ventures, the L.A.-based early-stage venture capital fund that invested in Shipsi and generally invests in consumer technology companies led by women.

Out of the firm's 60 portfolio companies, Draper said in a recent interview that companies have on average laid off 10 people, with as few as one to as many 60 people being laid off.

"A lot of them are doing it because they need to increase their runway," Draper said. "Some are doing it fully to restructure (because) they needed to restructure anyway. It kind of forced them into action. Most of it is just in case, these guys need to figure out if they don't have runway for 12 months they need to figure out how to have cash for 12 months.

"Even some of the ones who were doing well, had just closed a round, they were like maybe let's lay off one or two people."

For Shipsi, which had just hired additional staff at the end of 2019, the decision required Lee to reevaluate her workforce, cutting employees with a more focused skill set and betting on those who "had more depth and more breadth of skill that we could utilize in other areas," Lee said. She also weighed the fact that for some, letting them go would enable them to reap additional unemployment benefits while those benefits last.

Many of Shipsi's big retail clients are businesses that aren't providing "essential" products and so their shops that operate as distribution centers temporarily shut down. But the company has been working hard to innovate quickly to face the challenge of COVID-19 and also to help.

It's rapidly built and is deploying new products, including an instant delivery portal, so that companies that might not have the budget to pay to integrate with an e-commerce site or don't have one, can merely have customers go to a portal instead and request delivery in an hour or at a time of their choosing, as easily as if they were calling an Uber. 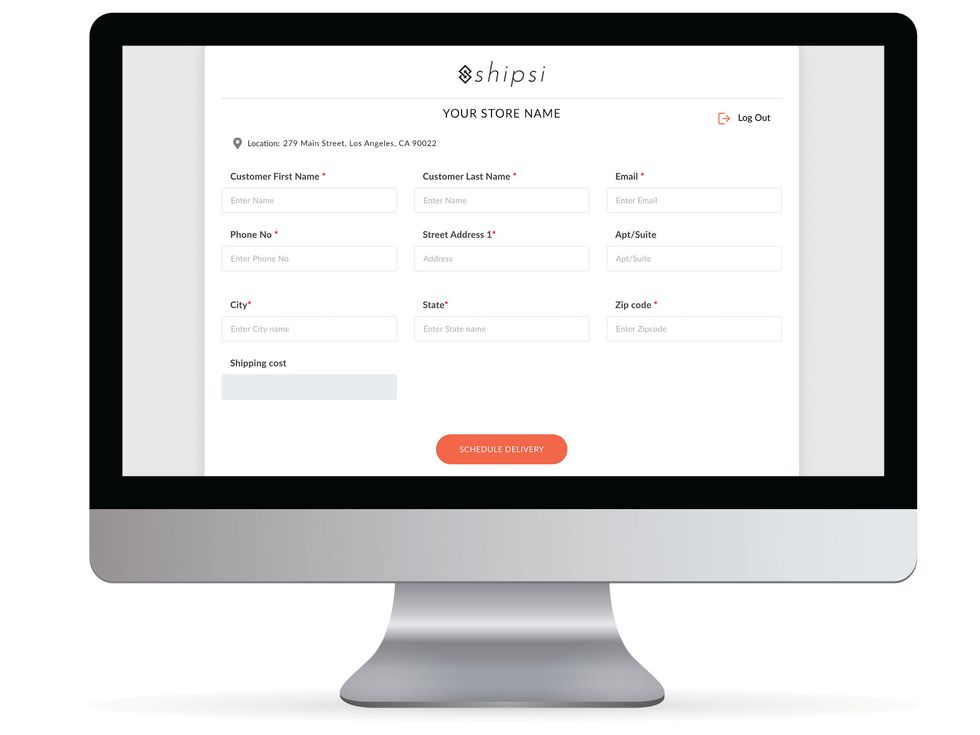 Their technology automatically provides shops with customer service and real-time tracking services, plus the ability to rate shops, Lee said. So far, at least 10 entities have signed up on their website to trial a new beta version of their technology, which officially launched Tuesday.

Shipsi plans to also release in May an e-commerce integration that allows for stores to provide curbside pickup rather than just delivery.

The company has also moved into areas it never imagined, including helping the local community deliver supplies to families and babies in need by facilitating the delivery of more than a million diapers. The company is also working with local farmers who traditionally sell to restaurants who aren't able to do so right now, and don't have a website or the means to sell their goods.

"Really it's a matter of selling something or nothing for our current customers, which is why we developed a newer, lightweight version of our product to be able to offer it to the shop around the corner," Lee said.

"You know, there are things we're learning through this, but it'll only make us stronger in the end," Lee said.