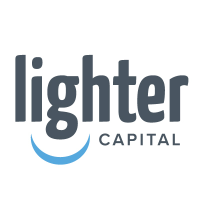 Lighter Capital laid off 22% of its workforce primarily in sales and marketing, GeekWire has learned, as it looks to curb expenses amid the global pandemic.

The cuts are part of efforts to “drive greater operational efficiencies to preserve our company’s runway while reinvesting resources to accelerate product development and growth,” Lighter Capital said in a statement.

The Seattle-based “alternative VC” firm employed about 80 people as of January.

Lighter Capital helps entrepreneurs raise funding without going the traditional route of venture capital. Since launching a decade ago, it has invested more than $200 million in 350-plus companies across the U.S., using an innovative process known as “revenue based financing” (RBF) that lets early-stage startups raise cash without giving up equity or board seats.

The company in January inked a $100 million deal with digital finance firm HCG Fund Management for what CEO Thor Culverhouse described as a “lending vehicle.”

“We believe that in the wake of this terrible situation, we can help the startup community continue to grow and prosper,” Culverhouse wrote in a March 31 blog post. “We’ve adapted quickly to ensure there is no disruption in our financing process, and we are proactively embracing virtual meetings as a safe way to connect with our team.”

Lighter was planning to grow its geographical presence into international markets and explore other forms of debt it can provide to companies. It expanded to Canada last month.

Culverhouse said the firm also intended to raise an equity round later this year to help fund operations. It has raised $20 million in equity to date.

More than 300 tech startups have axed nearly 30,000 jobs since March 11. Seattle companies RealSelf and ExtraHop made cuts this week.