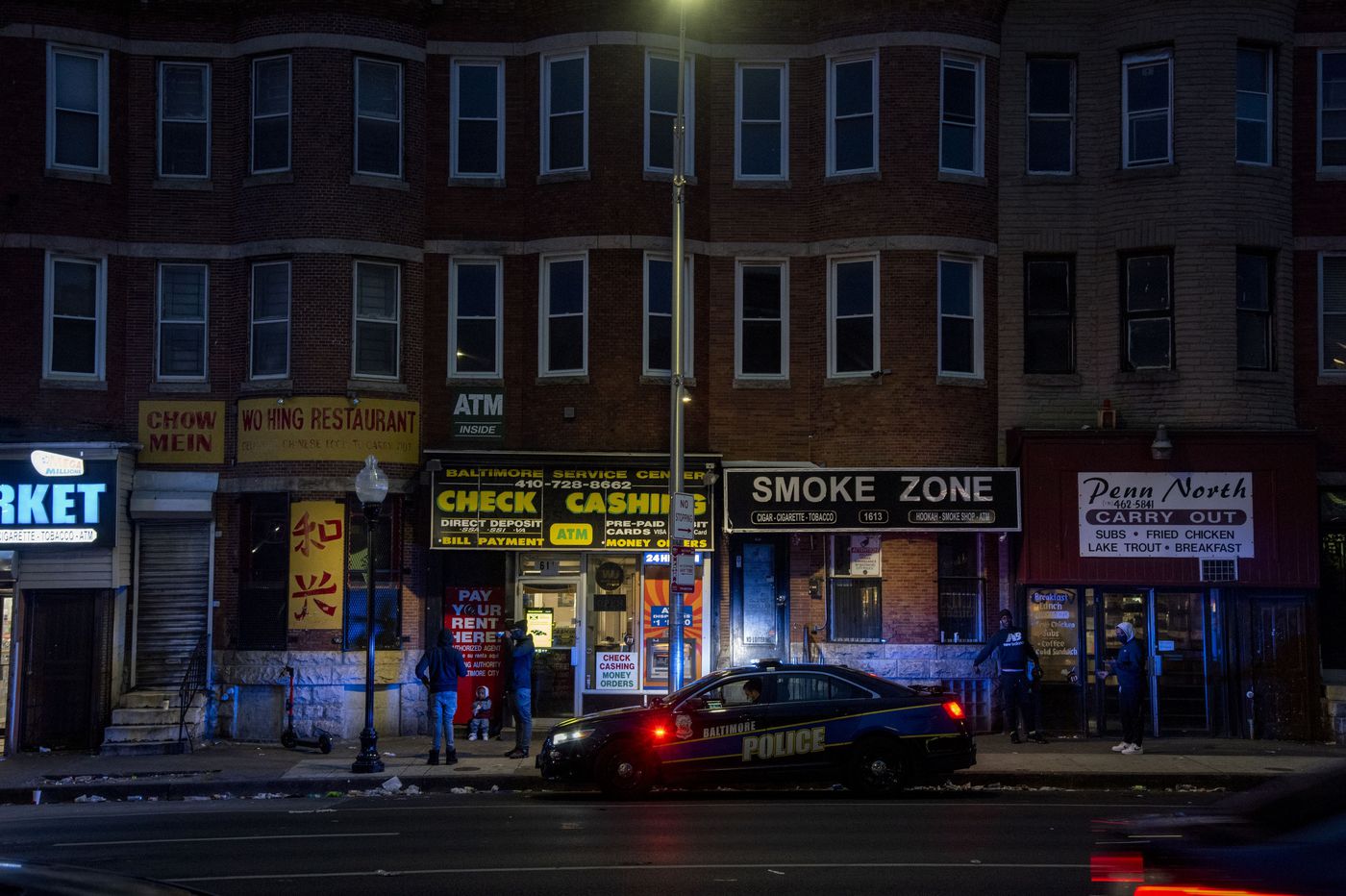 In Michigan, some unstaffed highway rest stops are shuttered. In Santa Barbara, California, local librarians are out of a job. Dayton, Ohio, has ordered furloughs at nearly every agency, and in Arlington, Texas, police officers and firefighters may soon see painful cuts.

Facing an urgent financial crisis, these and other cities and states nationwide are eyeing dramatic reductions to their workforces, threatening critical public-sector employees and first responders at a time when many Americans may need their local governments' help the most.

Even as President Donald Trump and top Republicans contend that only big-spending, liberal-leaning states are to blame for their mounting budget woes, a Washington Post review found that the economic havoc wrought by the coronavirus is far more widespread — saddling Democratic and Republican mayors and governors alike with souring finances and major revenue gaps. Some local governments have already started laying off or furloughing thousands of their workers, and the numbers are likely to grow markedly in the absence of federal aid.

Among municipalities, the new budget cuts could be profound: Between 300,000 and 1 million public-sector workers could soon be out of a job or sent home without pay, according to a new estimate from the National League of Cities. The steep reductions in staffing levels could affect education, sanitation, safety and health, local leaders warn, potentially leaving critical public services in utter disarray.

For governors, mayors and other top local officials, their economic troubles stem from the precipitous drops in revenue that have come as a result of shuttered businesses and sharp decreases in shopping and travel. The extent of the disruptions are poised to reach a level not seen since the Great Recession more than a decade ago, a reality that has prompted many city and state leaders to plead with Washington for help.

But their public quest for federal cash has been met with staunch political resistance from Republicans, including Senate Majority Leader Mitch McConnell, R-Ky., who at one point suggested that states should have the option of falling into bankruptcy. Top Trump administration officials have echoed that skepticism and signaled that any aid would come with conditions: On Tuesday, for example, the president said he would only approve money if states cracked down on immigration policies in "sanctuary cities."

The recalcitrance on Capitol Hill and at the White House has sparked a lobbying blitz on the part of local governments, which have had no choice but to make painful cuts as they await action in Washington.

In Dayton, for example, Democratic Mayor Nan Whaley said the city has already furloughed 470 of its 1,900 employees, about a 25% reduction in staff that has affected public services including the city's water department. Whaley said officials may have to institute an additional 18% across-the-board reduction in the next fiscal year if they don't see federal support soon — a move she said would affect police officers and threaten residents with "slow response time."

"It will fundamentally change how we do business long term," Whaley said.

For many cities and states, their public push for federal aid reflects the urgency of their need: Many have argued that Washington's intransigence threatens to exacerbate the deadly coronavirus, which has already killed more than 58,000 Americans nationwide. That's because tax revenue typically helps fund first responders, and there's only so much governments can do amid the downturn to shield public safety from withering cuts.

In doing so, many mayors and governors have sought to argue that they are economic engines in their own right, employing more than 19 million municipal employees in the United States, or about one-tenth of the country's workforce, according to federal data from March. Local leaders say they are just as deserving of federal support as major businesses, which have captured the lion's share of coronavirus aid dollars authorized by Congress in March and April.

"They understand and know this would be a disaster if they didn't get the kind of aid from the federal government they need," said Lee Saunders, the president of the American Federation of State, County and Municipal Employees, AFL-CIO, whose union represents public-sector employees. "They need to be a priority just as the corporations and small businesses were."

Last month, Congress extended $150 billion to cities and states as part of the $2 trillion coronavirus aid package signed by Trump. Quickly, though, local leaders discovered that the funds came with significant caveats. Only large cities, for example, received direct payments under the legislation, known as the Cares Act. The money also was limited to coronavirus-related expenses that governments did not anticipate in their most recent budgets, according to the Treasury Department, narrowing its use considerably.

In practice, cities and states could not tap their federal allotments to close revenue gaps, even though some of their shortfalls are the result of the coronavirus pandemic. The limitations greatly frustrated officials in states such as New Jersey, where Democratic Gov. Phil Murphy on Thursday wagered that he might have no choice but to return some of the money.

Democratic and Republican governors say they realistically need $500 billion to help close the enormous budget holes they face — or else they risk debilitating cuts. Already, the bleak financial picture has led Pennsylvania to furlough thousands of state workers. Ohio has implemented a hiring freeze. Scores of additional states are anticipating revenue gaps that may leave them no choice but to reduce their labor forces, either temporarily or for longer.

Michigan this month laid off 2,900 municipal employees, a giant, early cut that reflects the dangers of its looming $7 billion shortfall. More than half of its Department of State, which handles driver and vehicle transactions, is out of work for at least the next two weeks, though local officials insist the staff reductions won’t affect operations.

The National League of Cities, meanwhile, has sought $250 billion on behalf of municipalities around the country, nearly all of which anticipate slashing spending and staff to deal with unexpected shortfalls. The NLC came to its dour prediction — perhaps 1 million layoffs or furloughs in cities and towns nationwide — in part by extrapolating data from jurisdictions that have announced major reductions in their workforces.

Los Angeles has eyed furloughing 15,000 workers, according to NLC, and Tulsa has sent home 1,000 people without pay, representing a third of the city's labor force. Other cities including Allentown, Pennsylvania, and Boulder, Colorado, are starting with cuts to temporary or seasonal employees, joining many communities that have targeted staff at parks and other public staples closed because of stay-at-home orders.

Some of the cuts directly threaten police officers and firefighters. Baltimore has considered about $11 million in total reductions that could affect first responders, which could result in wage freezes or furloughs. The idea has sparked concern among labor unions, which fear it would harm response times.

Oklahoma City anticipates its broader austerity measures won't be enough to spare public safety agencies in the end, either. "We'll do the best we can to limit the impact on services we provide as we prepare for a new economic reality," the city's budget director said in a statement last week.

In Arlington, Texas, one of the state’s largest metropolitan areas, Republican Mayor Jeff Williams said it is bracing for budget trouble, too. In a normal year, professional sports, local amusement parks and an influx of college students help round out the city’s finances, infusing much needed revenue derived from shopping and tourism. But such spending has ground to a halt, imperiling the city’s balance sheet — and potentially its workforce.

Arlington's leaders already have asked local government agencies to plan for reductions in spending between 10 to 25%, according to Williams, who described the potential for layoffs or furloughs as a worst-case scenario that residents would feel immediately.

"That would reduce our trash pickup less than what it is," he said. "We would have to reduce the maintenance and reconstruction of some of our streets." And public safety wouldn't be spared, either. "We couldn't help but affect our police and firefighters because of the deep cuts," he said.

This month, Williams joined about 100 Texas mayors from both parties to issue a public plea to Congress, urging lawmakers to adopt "direct and flexible fiscal assistance" in their next coronavirus aid bill. Some officials have found a receptive ear among Democratic leaders on Capitol Hill, who joined union leaders on a call Tuesday pledging they would work aggressively to secure such federal aid.

Republicans, however, have countered that Washington shouldn't fund cities and states with finances that soured long before the pandemic reached the United States. Trump has echoed those complaints, at one point charging that the states in greatest need tend to lean Democratic, even as he has expressed openness to a new local aid package.

"The federal government is not bailing out anyone," White House spokesman Judd Deere said in a statement, adding that the White House would take "bold, aggressive action to help those most impacted by this unforeseen enemy so that we emerge from this challenge stronger and with a prosperous and growing economy."

In fact, the calls for federal aid have been bipartisan, And many states entered the latest economic downturn in a far better financial position than they did the 2008 recession, thanks in part to healthier cash reserves. The data has not assuaged Republicans, including McConnell, who told Politico in an interview that the Senate would not "finance mistakes they've made unrelated to the coronavirus." His office declined to comment for this story.

Other Republicans led by Sen. Rick Scott, R-Fla., similarly have mobilized in opposition to open-ended aid to struggling city and state governments, breaking with local officials even in the states they represent. "We believe additional money sent to the states for 'lost revenue' or without appropriate safeguards will be used to bail out unfunded pensions, reward decades of state mismanagement, and incentivize states to become more reliant on federal taxpayers," Scott wrote in a draft letter to the president, which he has circulated among his colleagues for signatures. His office confirmed the letter, which attacks New York and Illinois for their financial decisions.

The political gamesmanship has left some city and state leaders anticipating significant delays before federal officials pay them a dime, if it ever comes through at all, leaving many municipal workers out of a job or without pay, while harming their families and those their governments serve.

“This is not about bailing out local governments that have done something wrong, because we’ve not, we’ve stepped up,” said Clarence Anthony, the leader of the National League of Cities. He added, “Playing with the lives of people over a narrative that is not accurate is just not right.”