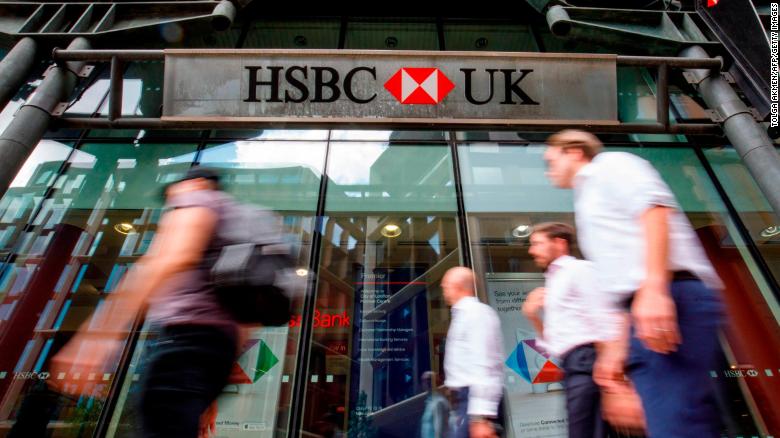 HSBC has resumed plans to cut 35,000 jobs and restructure its business, saying that the coronavirus pandemic has made the overhaul it announced earlier this year even more urgent.

CEO Noel Quinn said in a letter to staff Wednesday that HSBC (HBCYF) needs to "lift the pause" on job losses and reduce its global headcount by roughly 15% to 200,000 over the next three years.

"You will have seen that our profits fell in the first quarter, and virtually all economic forecasts point to challenging times ahead," Quinn said in the letter, which was shared with CNN Business and first reported by Reuters. "The reality is that the measures and the change we announced in February are even more necessary today. We could not pause the job losses indefinitely."

The bank said it temporarily shelved most layoffs in March to reduce uncertainty for employees and protect its capacity to serve customers amidst the coronavirus pandemic. It now needs to "look to the long-term" and move ahead with its transformation program and cut costs, Quinn said. "When making decisions about redundancies we will proceed thoughtfully and consider local circumstances. We will aim to redeploy colleagues where we can," he added.

The company said it will "make every effort" to fill vacancies with internal candidates.

The coronavirus crisis has compounded negative headwinds facing HSBC, which is embarking on one of the deepest restructuring programs in its history. The bank's pretax profit plunged 48% to $3.2 billion in the first quarter, compared to a year earlier, and it set aside billions of dollars to cover credit losses arising from the pandemic.

The bank is also under pressure in Hong Kong, where it made more than half its profit in 2019. It faced harsh criticism this month from government officials in the United States and Britain after its top executive in Asia publicly declared the firm's support for a controversial national security law that Beijing is introducing in Hong Kong. At the same time, HSBC's support for the law does not appear to have won over Beijing, raising questions over the bank's prospects in China.

Part of the bank's strategy overhaul involves shifting resources away from the United States and Europe to the Middle East and Asia, where it already makes most of its profits. It plans to ditch $100 billion in assets by the end of 2022, shrink its investment bank and close a third of its US branches.

Quinn told staff that the company could not provide a "unified timetable" for job cuts, but that notice periods in various markets mean that most staffers will remain either employed or paid for much of the rest of the year. "Everyone who leaves will be offered support on searching and applying for jobs and preparing for interview," he said.