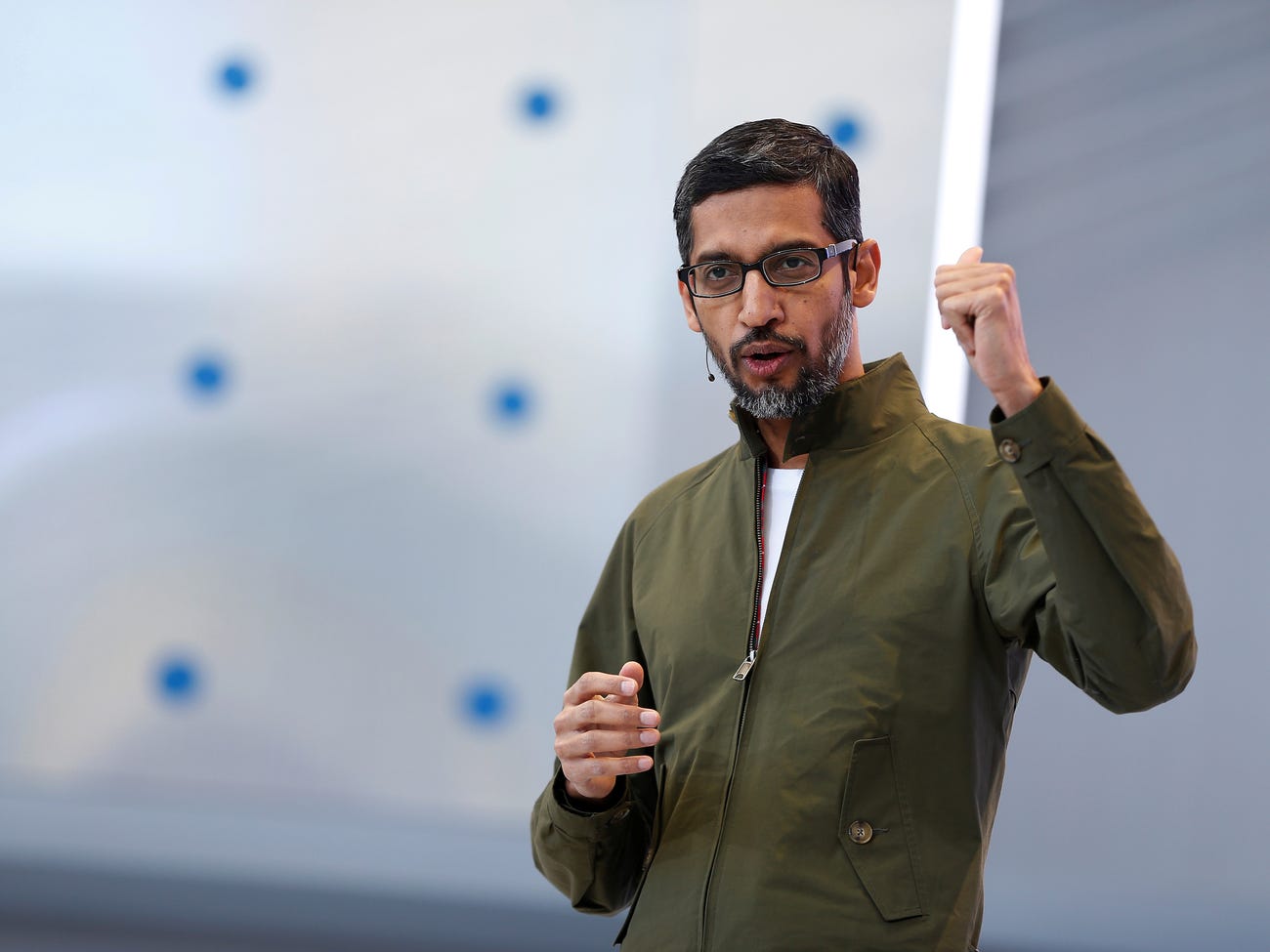 Google employees are told to expect to work from home for the rest of the year, but a select few will be allowed to return to offices as soon as June

Sundar Pichai, the CEO of Google-parent company Alphabet, told employees they will likely be working from home until the end of the year.

During an all hands-meeting on Thursday, Google employees were told that those who needed to return to the office would be able to do so in June or July, but said there would be certain safety measures put in place.

The news was first reported by The Information, and confirmed by an independent source to Business Insider.

It follows a similar announcement from Facebook, which today told employees they could continue to work from home for the remainder of 2020, though said it would start reopening its offices on July 6.

Google last month told employees that it was extending work-from-home to June 1, and planned to "stagger" a return to the office. However, it now looks like most of Google's workforce will be operating remotely for quite some time to come.

A Google spokesperson did not immediately respond to Business Insider's request for comment.