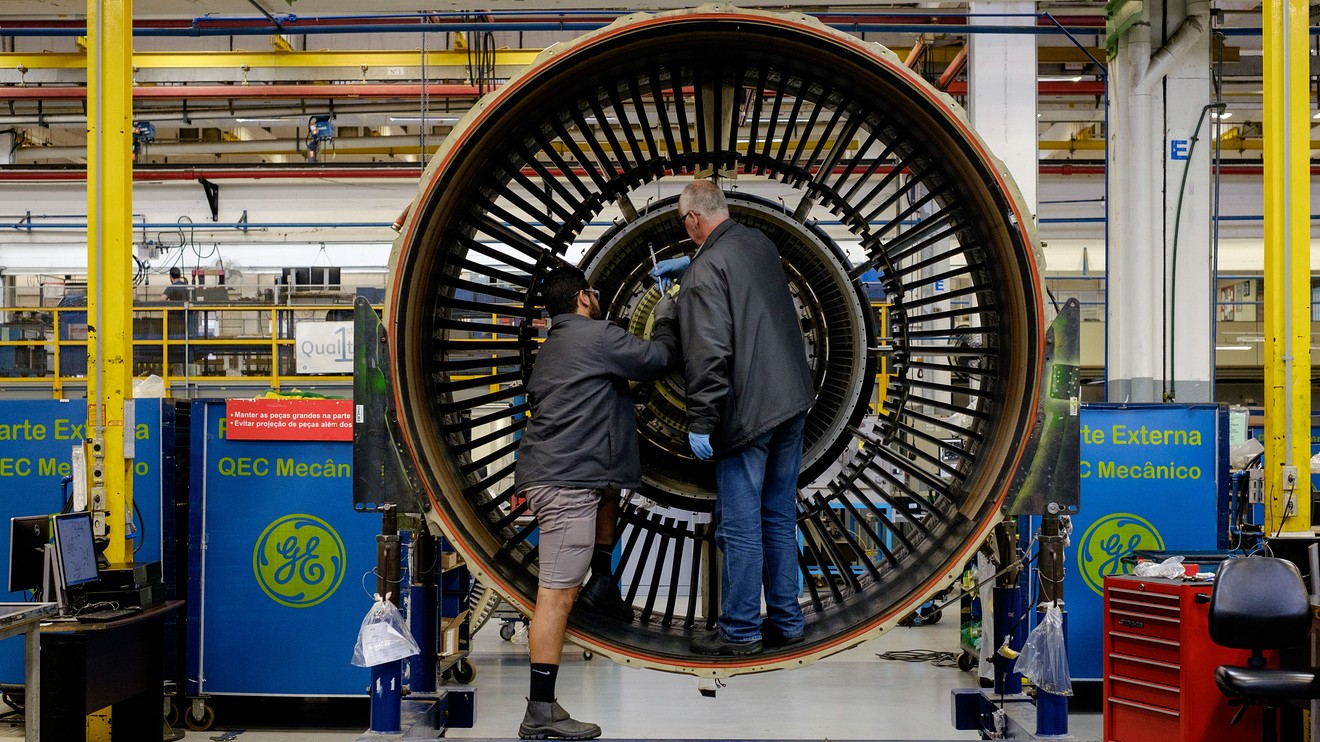 Shares of General Electric Co. dropped Monday, after a downbeat outlook from billionaire investor Warren Buffett, and as the company’s Aviation business indicated it would cut as many as 13,000 jobs this year as the effects of the coronavirus pandemic are expected to continue for some time.

In Berkshire Hathaway Inc.’s BRK.B, -0.13% BRK.A, +0.05% virtual shareholder meeting over the weekend, Buffett said the airline business had changed “in a major way” by the pandemic, adding that he might not fly commercial going forward. As a result, Buffett indicated he sold off his airline holdings, acknowledging that he was “wrong” about the business.

That was a major call by Buffett, as airline stakes were valued at a total of over $10 billion as of Dec. 31. Berkshire Hathaway was Delta Air Lines Inc.’s DAL, -2.52% largest shareholder, and was the second largest shareholder in American Airlines Group Inc. AAL, -3.00% , Southwest Airlines Co. LUV, -3.32% and United Airlines Holdings Inc. UAL, -3.20%

In his webcast for shareholders, Buffett said that even if the airline industry comes back to 70% to 80%, the aircraft “don’t disappear,” effectively leaving “too many planes” in inventory.

“[T]he real question is whether you need a lot of new planes or not. And when you’re likely to need them,” Buffett said during the question-and-answer period. “And it affects a lot of people, and it certainly affects Precision Castparts. It affects General Electric.”

Confirming the downbeat outlook for GE, David Joyce, chief executive of GE Aviation, said on Monday that although actions have already been taken to protect the business from the pandemic, more would be needed as the effects are expected to last.

“Unfortunately, more is required as we scale the business to the realities of our commercial market,” Joyce said.

He said a plan is being developed for “permanent reductions” to GE Aviation’s global employee base,” that he expects will reduce the unit’s workforce by as much as 25% in 2020. That suggests 13,000 GE Aviation employees will lose their jobs this year, as GE’s 2019 annual report said the unit had about 52,000 employees as of Dec. 31.

“Global traffic is expected to be down approximately 80% in the second quarter when compared to the start of the pandemic’s effect in China in early February,” Joyce said. “Our aircraft manufacturers have announced reduced production schedules that will extend into 2021 and beyond reacting to the projected prolonged recovery.”

When GE reported first-quarter results last week, GE Chief Executive Larry Culp said work was being done to make temporary changes “more permanent” given the length of the expected recovery period. At that time, GE said it was looking to cut Aviation costs by $1 billion and develop $2 billion in “cash actions” this year.